One such new framework that is popular is JavaScript. Its programming languages like ReactJS, AngularJS, Vue.JS, etc., are currently used a lot by developers across the globe because of the advantages it brings to the table.

Here, we are going to talk about AngularJS and its 15 latest features :

AngularJS is a client-side JavaScript MVC framework used for developing a dynamic web application. It originally started as a project in Google, but today, it is one of the most used open-source languages. It is entirely based on HTML and JavaScript, so developers don’t need to learn a new language with a whole new syntax.

One of the major benefits of AngularJS is it changes static HTML to Dynamic HTML. Additionally, it extends the ability of HTML and adds built-in attributes and components, which provides an ability to create custom attributes using simple JavaScript.

AngularJS provides information about dependency injection and ng-content selections for data with the latest update. It helps in wrapping the ng-content selections and can help in checking files by creating scripts and using different interfaces. This can provide additional valuable data in tools like Angular language service and offers functionality to offer suggestions and hints for the components or methods that are pre-defined in the built-in libraries.

Before this version, there was no requirement to process the entry point as NGCC can easily parse files to the entry point to compute dependencies. To improve the performance, you can reduce the size of the manifest named entry point and its caching utility. It can utilize more time for larger nodes containing modules.

This feature ensures the propagation of the actual value span using “ExpressionBinding,” which it presents in the micro syntax of the ParsedProperty entity. Following it, the ExpressionBinding helps propagate the template’s span, which includes both IVY and VE. This feature can also be helpful for compilers.

Sometimes beginner developers might come across a situation where they might forget to register the task running for an extended period and for recursive timeouts. This problem is removed in this version as a fixation of migration of undecorated classes to the decorated and derived types of the initially undecorated course, which uses the features that already existed.

Multiple bug fixes are done, like avoiding unidentified bug instances of the array in the compiler and errors caused by a migration when the symbol does not exist. The framework helps identify the modules that affect the overrides occurring in the TestBid.

The actual wrapping of the NGTSC compiler is being implemented in Angular; it is a language-specific compiler service that manages files for type-check using the project interface.

This is the program module used to find entry points, which you can include from imports specified in the program tsconfig.json file. This is assumed to be utilizing less time in execution as compared to DirectoryWalkerEntryPointFinder, especially in cases where the number of imports in the program is a small number of already present entry points.

Before implementing this, the View layer of MVC architecture provides the ability to omit generic keywords which are used with ModuleWithProviders. The developer will use the View layer, which is dependent on the library that needs a generic type parameter to include it. The use of generic omits can cause an error during the compilation process. Moreover, the only application logic will migrate as a part of the library’s fixation by its native author.

The latest release of TypeScript 3.9 does not support the previous versions anymore.

Following the convention before, merging only one translation file per program was possible. After the release of new features, it is possible to combine multiple files in a way. Moreover, this transaction of files will be possible via messaging functionalities.

Configuration of async locking timeout is possible and adds support to ngcc.config.js file, setting retry attempts and retry delays in AsyncLocker. A test integrates for a check for a timeout, utilizes ngcc.config.js file to reduce the timeout, and more extension execution of the test is prevented.

In the new version, there is an update in the performance of the NGCC compiler. To do so, there is an activation of reporting stale locked files.

Angular NPM no longer contains jsdoc comments as it needs to support advanced optimization of Closure Compiler. It supports individual packages being experimental and broken. If anybody uses a Closure Compiler, they are likely to consume Angular built-in packages from sources directly instead of versions already present in NPM. Currently, the users can use their new build pipeline with flag -compilation level = Simple. You can use it to ensure that the already built pipelines produce constructible, runnable snippets. But it can increase the payload size as the advanced level optimizations are disabled.

This feature helps exit the navigation and define a resolver that returns empty. Developers need to update the resolvers for some default value to continue navigation.

If any of the Angular 10 remains unknown and a warning comes up at the time of execution, then these are the errors. Developers don’t need to worry about the failure in the application, but it can execute various tools which have no relation to the current execution.

With every new version, AngularJS has become better and better. Over the years, Google has worked a lot to make AngularJS better, and its huge community makes it easier for developers to learn and use it. Moreover, if you plan to take your business to the next level and build an application, hire AngularJS developer to help you build the perfect solution. 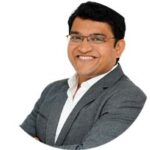 Maulik Shah Author
Maulik Shah is the CEO of Biztech, a hire angularjs developer from India. Maulik likes to explore beyond his comfort zone. When it comes to writing for the blog, his contribution is priceless. No one else on the team can bring the deep industry knowledge to articles that he has. However, his door is always open and he is generous with sharing that knowledge.