The importance of staying technologically up-to-date in this era cannot be overly stressed. Nowadays, newer versions of digital gadgets and devices arrive daily, rendering the old technology useless. Take a tour through the attic of your house and you will come across abandoned VCRs, cassette tapes, Walkman, floppies, vintage radios and other thingamajigs. Especially prominent in this assortment is the large, bulky monitor sitting all depressed and forgotten in the corner. Each of these objects tells a story of human history and might even hold a sentimental value for the owners. But collectively they create what’s nowadays referred to as ‘e-waste,’ or the total aggregate of discarded electronic appliances on the surface of the Earth.

Electronic waste contains a high level of toxicity, created with lead, cadmium, and mercury and is quite harmful to the planet. The sheer bulk, reported to be around fifty million tons as of 2016, is enough to give a strong blow to the environment. What can we do about it? How can we dispose of our old tech safely? How can we reduce our overall e-waste footprint? There are some ways to go about it. But before properly disposing of these devices, it’s important to remember to delete your private data from them. Format them clean.

The plastic, metal, and glass in the electronic waste can actually be extracted and reused. This is called recycling. Precious elements can also be found. For instance, Apple reported having found more than two thousand pounds of gold through recycling of old products in 2015, worth around forty million dollars. Cool, right? So, how can you go about recycling as well? You can hand over your old devices to certain non-profit organizations, like Call2Recycle, who are dedicated to reducing electronic waste on the planet. Or you can take your old electronics to a tech firm, like Sprint and Amazon, both of which have good recycle programs and you can get gift cards in return. Or you can sell the old gadgets to interested antique-collectors. Or you can even donate them to charity. But one of the most recommended ways of recycling is of the repurposing of the old gizmos.

The Art of Repurposing:

Just because something is old, doesn’t mean you can’t reuse it in a new way around the house. This conversion of useless articles into useful products is called repurposing. It’s like you give the old goods a purpose again, an impressive utility, which saves them from being called electronic waste. This art requires an out of the box thinking. To help you with this, I’m listing some of the most creative repurposing DIY projects which you can implement in your own home.

With the emergence of advanced laptops, who even cares to look at that heavy CPU in the corner which consumes a lot of space and isn’t portable? Do you want to throw it away? Think again. Its rectangular body is filled with tiny components which can be repurposed in an ingenious way. Like the machinery cooling fan, which can be converted into a desk fan. Simply connect its wires with those of a USB cord, plug it right in a USB outlet and you’re good to go!

So, you’ve got your hands on the latest Nokia or Samsung, what about the old version? What are you going to do with it? Dispose it in a drawer and let it be? No. That would be adding it to the list of electronic waste, which is something you don’t want to be doing. Trust me. You can repurpose the old smartphone by converting it into a universal remote controller. The only thing that’s required is that the Android has IR (infra-red) hooking capability, which will allow it to communicate with other electronic devices, like the air conditioner or the television. Next time, don’t fumble around for the TV remote, simply give commands to the set-top box via your repurposed smartphone and enjoy the episode of Suits on your Mediacom cable.

Remember how you used to play exhilarating adventure games on your Nintendo 64 gaming console? Every Saturday night, you and your buddies had a showdown on it. But then, just like everything else, you grew up and grew out of the Nintendo craze. But the device still sits in the neglected section of your cupboard, waiting to be reused. Give it a purpose by converting it into a multi-device charging dock with USB outlets. A great use. Don’t you think?

If you’ve got an artistic thumb and a load of creativity up your sleeve, then you can refurbish old electronic parts into unique and futuristic jewelry. Keyboard keys, CPU resistors, copper wires, motherboards and whatnot can be converted into rings, necklaces, cufflinks, ear-hoops, etc. You can either wear it yourself or sell it online and earn some bucks from it!

Virtual reality is the word of the future. If you wish to experience it first-hand but don’t have enough cash to buy a new VR kit, then the art of repurposing can totally help you out here. Time to take the old smartphone out of the bedside drawer. Download the VR software into it, check its compatibility with the headset (you can even make the Oculus out of cardboard if you’re feeling extra-thrifty) and get ready to dive into a virtual reality experience.

CDs are so out of fashion these days, with the content and the software being distributed and downloaded via online channels. Given this change, what are you going to do with your entire CD collection, then? You can donate it or decorate your walls with it. But what about the holders? Those neat circular boxes with a spindle in the middle can be repurposed as bagel holders. Yes, carry your sandwiches and foods around in them with ease. They’re small, so they’ll fit in your bag easily.

Even before the CDs, there existed the floppies. The first generation of disks. Important in their own time. But highly outdated now. If you’ve got some of these still lying around then you can reuse them in a lot of fashionable ways. You can turn them into wall clocks by attaching the needles and the battery, modernistic handbags, triangular plant holders, notepads with wads of paper sheets in between and even art.

Ah, I do remember the good old days of desktop computers, with their bulky monitors and heavy CPUs. Pleasant memories, indeed. But in the technologically advanced world of today, there is literally no space for them. You may deconstruct the CPU and put the parts to good use, but what about the monitor? What can you do with it? How about you repurpose it as a cute cat condo? Yes, hollow out the monitor, add soft plushy padding and there you have it, your DIY cat’s bed.

Do you recall how excitedly you purchased that Android tablet, used it feverishly for two years straight and then abandoned it in a drawer when a better version came out? Is it going to lie there forever or are you going to take it out and repurpose it? The second option, please. All you need to do is prop it on a stand, sync it with the cloud, which hosts your photos, over the in-house wireless network, and let it auto-update the photos on its own. A digital photo frame to adorn your living room. Cool, right?

A vacation plan has just popped up and you’re to leave ASAP. But, you haven’t had the time to go out and purchase home security equipment to protect your house in your absence. What are you going to do? Don’t worry. Surveillance can easily be taken care of. Repurpose an old phone as a camera by installing the appropriate app like Alfred on it. Watch the live feed on your new phone anywhere and anytime.

So, use these tips to repurpose your old electronic equipment instead of simply throwing it out. Be creative. Be clever. Care for the planet. 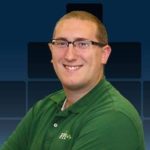 Nathin John Author
Nathan John is a dedicated writer at at&t bundles, whose primary interests includes: marketing, and tech topics. He has been known to offer insightful and well-researched articles with reference to ongoing tech trends and available services.