Software as a Service also popularly known as SaaS has become quite a success-delivering formula for any type of business. The idea isn’t that businesses have to stop using the software. Software still remains to be a crucial part of various integral qualities of the business. SaaS is a different vision altogether.

Instead of buying, installing as well as running software, it is about borrowing the services when requested. SaaS application development has improved a lot. Let’s look at the next big things in this field.

At the core, SaaS can essentially be understood as a vital part of the ever-expanding range of the field of cloud computing. It represents a particular platform for the adoption of different applications. With this deployment method, the business owners can easily benefit from the space which hosts commercially available software applications.

They can easily buy a particular software license whenever they wish and need. It is called an on-demand service which is commodified by the cloud as well as consumed by the clients.

The customer environment keeps on changing quickly, so it doesn’t make any particular sense to have various services lack the inherent ability to feed the thirst of the customers for tech-savviness. Hence, when it comes to SaaS, on-demand software is the new frontier. SaaS application development will lead to the rise of on-demand software.

Data and information stored in the silos are now moving towards complete extinction. The rate of technological advancements is continuously escalating drastically. The important part of the modernization process includes the growth of mobile applications in SaaS. Mobile is no longer a supplement.

It is transforming into a complete first-line supplier which channels the critical data to the businesses on top of their expertise as well as knowledge of the employees, partners, and customers.

Also, it is a particular change which goes beyond the web and desktop. The impressive growth of the usage of smartphones and other handheld devices has been observed with increasing Internet connectivity.

These devices have penetrated the lives of people at an astonishing rate which means mobile is the next big thing in SaaS. It will provide complete power to various companies across the world to easily reach out to people all over the world. SaaS web application development has to embrace this evolving phenomenon. 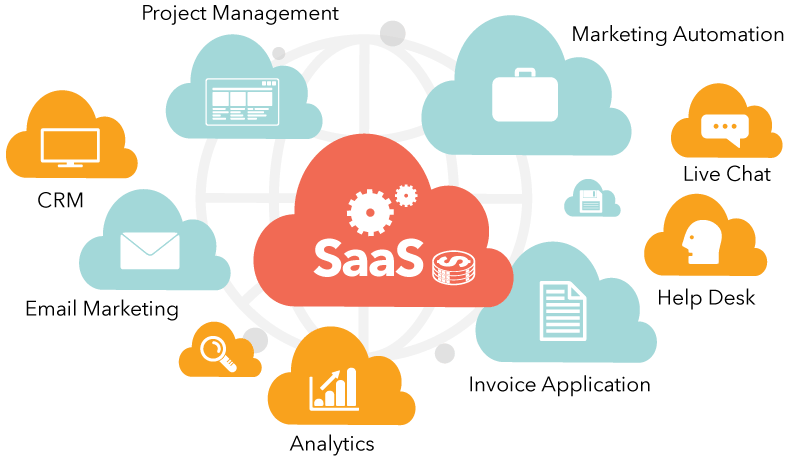 Everything which is built needs to be built with a particular reference to the consumers. After all, those are the people who will actually propel innovation. With end-users becoming more technologically aware and knowledgeable, leaders of software companies are currently facing challenges to make highly user-responsive software development.

Along with this, another difficult thing is that they have to do it in a particular manner which doesn’t even bring any type of misbalance in specific terms of sustainability, product quality, longevity, endurance, the simplicity of usage as well as breakthrough characteristics.

Also read:- Factors That Define the Fate of Your SaaS Application Development

Social network interaction has currently become a major prominent thing among the users all over the world. The visitors of the LinkedIn search for jobs, employers search for industry professional, Facebook users are looking for friends, share and update their stores. There is a certain two-sided communication as well as the exchange of news, ideas, and solutions.

So, instead of only remaining as a passive consumer who actually scrolls down and reads the feed, people have embraced the various opportunities provided by social media platform. They have significantly gained a higher user-beneficial capacity, and a SaaS development company needs to inculcate this in implementing interactivity within the SaaS.

There is certainly a fast acceleration in particular terms of innovations along with the even faster impact on various industries and their respective players. People often experience technological progress, and SaaS has to be ready for it. It has to run with the same speed along with the changes that are happening around.

With great power, it is important to understand the responsibilities, and a particular SaaS development company has to rise up to the occasion. There is certainly a major usage of SaaS along with various cloud services that result in business proliferation.

These practices often tend to pull one particular trend after another. It is all about fast adaptability to various current requirements and a matter of current practices being brought to the business as well as the end-user to be actually defined as the next big thing in SaaS.