Artificial Intelligence has evolved over the years, that the field of robotics has advanced to creating more life-like robots. Humanoid robots look more like humans than any other robots. Their use is widespread in the field of research, education, entertainment, health care, etc.

That said, we have rounded up ten of the most useful humanoid robots of 2020 and their applicability in society.

Since the beginning of robotics, research has been a big field for a humanoid robot, and 2020 is no exception. Since 2010, a team of mechanical engineers at the Iranian university has been working on Surena robots.

Surena robots are life-sized humanoid robots capable of face and object detection, as well as speech recognition. These kinds of robots also;

Their newest model is a Surena IV, and researchers have started to use it for bipedal locomotion and AI research.

This is another kind of humanoid robot. They have the appearance and characteristics of humans, but they are fully virtual. An example of this robot is Samsung Technology and Advanced Research (STAR) Labs’ Neons.

These robots can show emotions, have real conversations with people, and can learn from their experiences. They can also be customized to fit into different roles.

You can see these robots implemented as virtual yoga instructors and virtual doctors.

The most popular robotic ambassador is Sophia. Sophia is a social humanoid robot created by a team of Hong Kong developers.

This robot is taught by humans to walk, talk, sing, draw and show emotions.

The Sophia robot is four years old this year, and its portrayal as a robotic ambassador has continued. With this ambassadorship, there’s been a growth in robotics research and human-robot interactions.

Humanoid robots are very diverse in their usefulness, and that’s apparent in their use as robotic bartenders. The popular robot in this field is Kime.

Macco robotics in Spain created the Kime robot as a food and beverage serving robot. This robot looks somewhat like a kiosk, it is made up of a human-like head, two arms, and a torso.

Kime is very good at serving up to 300 glasses of beer per hour; the results got from a gas station test in Europe and a Spanish brewery.

With smart sensors and up to 20 degrees of freedom, this robot uses machine learning to improve its skills.

The former is a humanoid research platform used created by Germany’s Karlsruhe Institute of Technology. It was created to collaborate with humans to carry out maintenance tasks alongside human workers in industrial settings.

While the later can collaborate with humans in their homes by performing chores. It has a smart home control, which can come in handy for human-robot collaboration.

Another humanoid robot of 2020 is the educational robot, with the most popular one in this field called the SoftBank Robotics’ Pepper.

The Pepper robotics is a friendly emotions-reading helper. It can work as a receptionist, a nanny, or even in retail.

One of the aims of this robot is to inspire a future generation of engineers and robotics.

Ford created the popular robot under this category in January. These robots are called Digit. Digit, while headless, has graceful limbs and a ton of sensors around their body. They can navigate around obstacles, stairs, terrains, etc. to achieve their goals. It can also balance on one foot but would usually walk upright while going about its tasks.

This delivery robot is strong enough to pick up and stack boxes that weigh up to 40 pounds. And, it can come with compact storage capability that enables it to fold itself to save space.

However, testing has begun to see how humans react to coming in contact with these kinds of humanoids.

Robotic avatars were first introduced in 2017 by Toyota. This robot aimed to mimic human movement, like a real-world avatar. T-HR3 can move very life-like and have a lot of usability in modern days.

For one, T-HR3 can find usability in helping caregivers work remotely. Also, the future application sees these robots working remotely with human doctors to perform surgeries on patients. So, a doctor could control these humanoids from anywhere in the world to carry out a successful surgery.

Robotic theaters can have robotic actors, animation software, lighting, sound, movement, etc., added to it to bring it alive and make it more entertaining.

In India, for example, a female humanoid robot is scheduled to launch this December. The primary aim of this launch to space is to conduct microgravity experiments. Which will help prepare for future crewed missions.

2020 has seen a rise in some of the newest human robots’ applicability, and the data shows that there will be double-digit growth in the field of robotics. 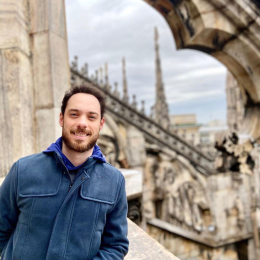 Gregory Chapman Author
Gregory is passionate about researching new technologies in both mobile, web and WordPress. Also, he works on Top Writing Reviews and All Top Reviews the best writing services reviews. Gregory in love with stories and facts, so Gregory always tries to get the best of both worlds.