In the context of mobile or website app development or software engineering, a bug is an unwanted error in the code. It’s an error that causes the software program to function or behave in unintended ways.

What is a Bug Report?

A bug report contains details of the bug that was found in the software. A bug report provides every piece of information that helps a developer track down and fix the problem. It’s important to run tests on the product during and after development to detect bugs. Bug reports are made by developers every time a flaw is discovered for the successful completion of the software project.

Aim of a Bug Report

A bug report aims to help comprehensively explain a bug issue. There are for W’s that are highlighted in a bug report, to help understand the bug in-depth:

The biggest concern for developers is ‘what happened.’ The question should address what caused the bug to appear, was it a user or tester? Bugs can be present in a tiny button or an image code.

The question answers ‘where’ the bug was found. It could be a URL link where a button isn’t working. It’s important to know where to look for the bug to remove it from the code.

Developers need to know when the bug appeared. The timeframe helps the developer to track the bug immediately and try to resolve the issue. However, it’s not always easy to pinpoint the exact time because that requires in-depth knowledge.

There are only two resources that confirm a bug in the code: your testers and your users. It’s important, however not necessary, to know who gave the bug information.

Structure of a Bug Report

Bug reporting is an important phase of mobile app designer and testing that is usually drafted when a bug presents itself. The main reason for bug reports is to eliminate the possibility of the same bug appearing again. The important contents of a bug report are:

Do’s for Writing a Bug Report

Do – Proofread Your Report

You put your heart, soul, and time into making that bug report, so don’t skip on the proofreading. One thorough revision will help eliminate any errors or unnecessary information.

Do – Elaborate and Be Specific

Make sure not to leave out any important key points that can help understand the nature of the bug. Be very specific and don’t leave room for ambiguity.

Do – Reproduce the Bug

Developers are advised to ‘reproduce the bug’ to fully understand how the bug happened and how it can be removed. Once you’ve succeeded in reproducing the bug, write down the steps in your bug report.

Do – Include Alternative Solution

If you’ve found an alternative solution for fixing the bug, then make sure to add it to your bug report. It’ll help developers eliminate the bug quicker.

Do – Check for Existing Reports

It’s good practice to check if the bug report has already been submitted. It eliminates the process of making the same report again and saves time during development.

It’s best to draft a bug report as soon as a bug is detected in the testing phase. There is a chance you might forget details later, so make the bug report as you go.

Respond to the developer’s request when they want additional information on the bug.

Do – Write a Report Summary

It’s good practice to write a summary at the end of your bug report. A bug report summary will give the basic idea of the bug and ensure efficiency for developers to analyze the bug quicker.

Don’ts for Writing a Bug Report

Bug reports are only effective if you follow the proper procedure for writing them. Here is a list of don’ts to avoid when writing a good bug report:

Don’t add more than one bug in a single report because tracking the bug later becomes a hassle for developers.

If you come across unnecessary information or errors in the report, don’t criticize the developer who made the report, instead help them out.

Bugs are inevitable and can’t be stopped from appearing, so try not to blame your developer for something that is not under his control.

Don’t Speculate for Too Long

It’s okay to try and look for a reason why a bug is present in the code. However, don’t fixate on that and let the developer try and fix it instead.

The software testing phase of the development process is crucial because it ensures whether the program is working or not. Developers use a good bug report as a tool to analyze and fix errors that they find while testing.

However, experts recommend testers to use a bug reporting tool to make the process feasible by saving time and effort. A bug reporting system helps testers keep track of detected bugs in the software project. Additionally, some tools allow the testers to enter bug reports directly and simultaneously. 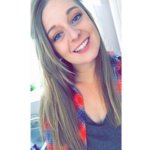 Olivia Marie Author
Olivia Marie is a digital marketing specialist at Cubix who enjoys creating content on intriguing topics, including Blockchain, B2B business models, mobile, and software development, and more. She is a passionate writer and an active tech enthusiast.