The advancement in technology is taking place with each passing day and people belonging to all fields of life are able to communicate better and be more interactive with the introduction of latest communication means and advance devices.

The world has become a global village and the exposure of consumers has enlarged immensely making every advance tool or device available to them. Over the recent few years, the wireless technology has been introduced which has brought a revolution in technology as wireless technology enables the users to use devices while being away from them as well as enjoy multitasking while working.

As a result, Bluetooth technology was introduced which proved to be a benchmark in technology and opened doors for more progress in this field. The Bluetooth technology enables the users to connect their pc, laptop, smartphones, tablets, headsets, and other such devices and transfer data in addition to streaming their favorite music without any setup time or compatibility issues making connectivity stronger and easier for users no matter what field they belong to.

Bluetooth technology is a radio communication technology which enables users to carry out low power consuming short distance wireless networking between devices such as phones, computers, and other network devices. The name of Bluetooth was borrowed from the king of Denmark named Herald Gormsson who lived thousands of years ago and had a nickname which meant Bluetooth because of a dead tooth which seemed blue in color.

The Bluetooth technology was designed in order to carry out networking of various portable devices and peripherals which run on batteries. The devices which support Bluetooth functionality include the following:

Bluetooth technology works by sending and receiving radio waves in a band of around 79 different frequency ranges and all these are centred upon 2.45 GHz. A huge plus point of Bluetooth technology is its low power consumption due to which no surrounding devices are affected by it and it also provides a secure connection to users due to its short range. The Bluetooth devices (such as headsets)are able to detect the Bluetooth devices in the environment automatically and eight devices can simultaneously be connected to a single device and transfer data or music successfully.

What is Bluetooth Adapter?

A Bluetooth adapter is also known as Bluetooth dongles is a small inexpensive device which enables the Bluetooth technology on devices they are attached too. With the help of these adapters, the host devices are able to transfer data via Bluetooth.

The Bluetooth adapter works on the plug and plays feature which is supported by both Windows and Mac operating systems. The Bluetooth adapter can be plugged in and removed any time and when it is plugged in the software driver is transferred and interpreted and its ready for use, Once the drivers have installed then the adapter lights and start sending signals instantly every time you plug it in the USB port.

Pros and Cons of Bluetooth Adapters

The pros of Bluetooth adapters are a lot as these devices enable users to enjoy wireless connectivity with a wide range of devices in a cord-free environment. They also enhance the mobility of your devices and help you multitask. The devices connected through Bluetooth should be close to each other but they do not need to be facing each other in order to transfer data.

Things to consider before buying a Bluetooth Adapter

The things which must be considered before buying a Bluetooth adapter are listed below: 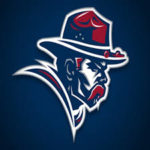 Charles Crawford Author
Charles Crawford has been writing for magazines and newspapers since 2010, and editing and managing websites like Cheap Flights to Mogadishu since 2011. A generalist, his most covered topics are Travel, business and technology.