Do you know what numbers of languages are there? The answer of most of the people will be NO? There are around 600 programming languages and out of them, some are difficult and some are easier, some are just developing and some are the relic. But, every single of them is unique. As there is an extensive range it is at times very troublesome to select a one. Some of the languages are going to be more popular this year and some of them would take off. In this article, you will able to discover the best programming languages in 2018.

These languages build effective and powerful back-end part of any site, mobile or web application.

PHP is the most well-known server-side technology all over the world. This language is featured by its effective performance and high flexibility. Also, it offers a high level of security too. For PHP language there are several frameworks which provide the developer with a range of alternatives.

It is the best back-end programming language which gained popularity because of WordPress. It is the most renowned CMS structure. This is the fact that PHP has never been forgotten and will gain momentum in the coming year.

It is the most common and prevalent back-end languages in the world. It is considered as an object-oriented, a multi-purpose technology. Developers make use of it for building desktop and server-side apps and other software systems. The programmers are fond of this language as it is very safe and fast.

There are some reasons to learn JAVA. The most obvious reason to learn JAVA in 2018 is that IoT structures are based on it. It gives portability of network and that is why it mostly fits in IoT projects the most. The other reason is that JAVA Virtual Machine enables Java to be implemented on the hardware and on the OS of any type. This is the fact that the JAVA is the most versatile and convenient back-end programming language.

As the Python syntax is very simple, that is why it is considered as number one to study as the first back-end development language. It is simple to read and understand. Similar to PHP, it is an object-oriented programming language. It is a general-purpose technology which means that developers make use of it for different concerns.

Python is the major technology which is used in Data Science and Machine learning platforms. Python Development will continue in 2018 as well.

For the beginners, Ruby is a very nice and has a clear syntax that makes it attractive. For working as a Ruby developer, you must know about Ruby on Rails. It is the key structure of Ruby. Ruby is a very prevalent language; Twitter and Airbnb were formed with its help.

It is widely used in the development of video games. A few of the developers managed it to use in Android platform and mobile development of iOS apps with the assistance of Xamarin system. The famous projects written in C# are Photoshop, Skype, Microsoft Office, Paintbrush and many others. C# will grow its popularity in 2018.

A few of the front-end programming languages are:

This is the usually applied front-end language and is the most necessary language on Github. It has become so much popular as it enables you to make attractive front-end part of an app or a website. JS is famous because it is a cross-platform technology and developers make use of its various libraries to make mobile, web and desktop apps.

Basically, these are not the languages but are the base of front-end design. Also, these are the oldest form of front-end technologies. The latest versions seen in HTML and CSS are very powerful, flexible and dynamic.

As mobile apps are going to be dominated in 2018 and that is why there is a need to select the best mobile apps programming language.

It is a young programming language introduced by Apple. From its very first release, it gained incredible support throughout the world. The most significant benefit of Swift is its implausible simplicity.

Before the Swift, all of the iOS applications were written in the form of Objective-C. The makers of the Swift took the best points from Objective-C and removed all the negativities. As such, this safer language gets introduced which has many features and has a clear syntax. A lot is to be seen in the coming period.

It is a young mobile app development app. Before this, all the applications for Android were written in Java, a complex language. Kotlin is very much compatible with JavaScript as this enables it to be used for both the back-end and front-end development. It isn’t completed and a lot is yet to come.

No language is perfect in itself. It is best that you consider your requirements and accordingly select the one. You must reevaluate your programming requirement before selecting a language for your project. 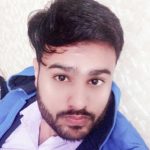