Despite the undeniable reputation of Java programming language, the Android platform was in search of a modern language that can provide some additional benefits in App development. Kotlin was last year announced as the official language for Android and it tried to meet the requirements of developers. It is a great language as it is robust and statically typed. But does that make it the preferred choice for the Android App development? What about the Java which is in use for more than 20 years, and Android itself is built on it and has been hugely popular among the Android developers.

Java has its own importance and is hard to compete with. So which language is a better option to select? The answer to this important question depends on this blog post, but before that the pros and cons of both language are mentioned for better understanding.

Introduction to Java
Java is an object-oriented language created by Sun Micro systems, now owned by Oracle. It is around 20 years old language, and it is used for both web and mobile app development. It has been observed people having knowledge of Java, have a lot of job opportunities. You may not want to develop only Android apps with Java. It has more functionality to offer. But if it is particularly about the mobile app development than knowing its pros & cons is important.

Introduction to Kotlin
Kotlin was introduced by google when Android development required a more advanced language to add qualities of Java in mobile app development. Jet Brains created Kotlin and it is an open-source, statically typed language based on the Java Virtual Machine (JVM). The major benefit of using Kotlin is that you can easily compile it to JavaScript and inter-operate it with the Java language. This helps developers to easily update old Java apps to Kotlin, as well as carry on their work in Java to Kotlin.

What Kotlin does better?

So Which is Better?
To be fair, chances are very high that you have a team of developers who are more familiar with Java. Moving the whole team to Kotlin can be quite shocking, thus it is important to make the transition a bit slowly, like one or two-person at a time. As mentioned earlier, Kotlin is a new official language and with its modern structure, it will be adopted in the future in large numbers, so learning it right now is a perfect idea. Though Java will remain a popular language for a few more years and isn’t likely to be completely replaced. Thus take some time and do research to make the switch gently. At the end of the day, mobile app development requires expertise. Like mentioned in the beginning, to be a professional app developer, you must have knowledge of Java language. But if you already know about it, Kotlin is a perfect language to learn for future endeavors.

Conclusion
Out of several programming paradigms, it’s not simple to say which language will be the best or reap desired results. Both Java & Kotlin have their own set of strengths and weakness. There are several scenarios where one programming approach is more effective than other users. Understanding all the above features, pros and cons Kotlin is better than Java when combined with the latest innovations. 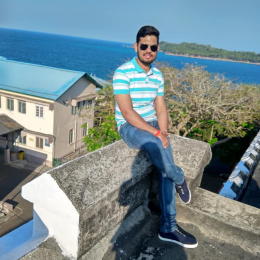 Rakesh Tanwar Author
The author is an experienced developer associated with a leading Mobile App Development Company known for offering development services to its clients. Clients can easily avail services as per their business requirements to get business output. I love writing technical blogs on innovative & trending technologies.