In August 2015, a GPS tracking device helped a terrified mother rescue her 15-year-old daughter from a kidnapper.

The girl went out for a walk in Rowlett, Texas, shortly before she was subjected to a traumatic abduction and sexual assault. The man responsible lured her into his car and drove her to a secluded spot, where he then attacked her.

As the girl has Asperger’s syndrome, her mother had equipped her with a GPS tracking device known as ‘Angel Sense’. This enabled the parents to monitor her location and receive text-message notifications if the daughter strayed into unusual areas.

When the girl’s mother received an alert on the day of the attack, she contacted the Angel Sense device. The in-built microphone conveyed the noise of a struggle, and the mother raced to find her daughter. By the time she reached the location, the suspect had fled — but the mother credited the technology with helping to potentially save her girl’s life.

It’s believed the mere sight of the Angel Sense was enough to frighten the attacker off, warning him that he ran a very real risk of discovery.

This disturbing story is just one of many showcasing the power GPS tracking has to keep children safe in a world that seems rife with danger. If you have kids of your own, you’ll know there’s no stronger instinct than to keep them safe from harm.

Child GPS tracking allows you to keep watch over your little one’s movements on any given day in a discrete way. However, in an age when technology’s impact on our privacy is a hot-button issue, how safe is it to use child GPS tracking?

The Importance of Independence

One major concern surrounding the use of tracking devices for children is delayed independence. Parents are essentially performing surveillance on their kids, adding a layer of protection previous generations had to manage without.

A huge part of growing into a responsible, sensible adult able to navigate the world is becoming independent. You have to learn which parts of town are safer than others and discover limits. You need to recognize that your mother and father can’t keep watching over you 24 hours a day, seven days a week. You’ll gradually become more and more self-sufficient, preparing you for a time when your parents are no longer around.

If a parent slips a GPS-enabled wristband on their child’s arm or clips a device to their backpack, are they failing to show the right amount of trust in their little ones? Are they denying them the freedom to develop as they have to?

It’s a complicated area and there’s no one-size-fits-all answer. However, no one can deny that GPS tracking serves a practical purpose beyond delivering peace of mind to concerned parents.

Yes, moms and dads across the globe can check in on their GPS tracking app to see if their children have reached school on time and get updates on their movements during the day, but as the incident related at the start of this article demonstrates, a tracking device can help save lives.

If the girl hadn’t been equipped with the Angel Sense gadget by her mother, the depraved suspect may have been able to take his abhorrent actions even further — potentially robbing her parents of their beloved daughter.

The technology not only served as a physical warning that rescue may have been on the way, but empowered the mother with the geographical data she needed to find the girl. It’s particularly important in this case as the victim was more vulnerable than other children her own age may have been.

Taking A Cautious Approach to Tracking

Parents have to be aware that giving their child a GPS device could make them question their own safety and exaggerate the dangers waiting outside the family home. In a New York Times article, a psychologist from the Center for Research on Girls at Laurel School warned that tracking could send a “strong message that the child is at real risk of danger”.

This suggests that, if a child is already anxious about their safety, being given a tracking device (many of which are equipped with a panic button) could feed their fear.

It’s fair to say there are conflicting views. Some adults see no harm in child GPS tracking, while others regard it as a possible impediment to development.

However, as with any technology, using it properly is paramount. And that means any parents considering GPS tracking for their own child actually discuss it first.

Kids should be made aware that they’ll be monitored at times, but only for their own safety. Explaining this to a younger, pre-teen child and securing their approval is likely to be a little easier than with a teenager.

As some of us may remember more than others, a defining trait of being a teenager is the craving for independence, to make more sense of the world and your place within it. The prospect of having your parents essentially check up on you may feel like an intrusion.

But if parents can express their concerns and help the teen see the benefits GPS tracking offers, they should be more willing to embrace the technology. Even if an adult trusts their teen to avoid unfamiliar areas and stay out of trouble, GPS can provide the parent and child with greater peace of mind.

Though the child may not want to admit it, they may well feel as if they want their parents watching out for them and worry about danger. It’s vital to sit and have a frank conversation with children before expecting them to agree to being tracked.

Trust and honesty are essential to reaching a mutually-beneficial decision. As these gadgets continue to become more subtle and affordable, parents can track their children with far greater ease — they just have to make sure they work to maintain a strong bond of trust.

So, is it safe to use child GPS tracking? The answer is a resounding ‘yes’, but it’s not a substitute for making children aware, exercising due caution or teaching them problem-solving skills. It’s a powerful aid to traditional safety measures, not a total replacement.

Do you track your child with GPS technology? What benefits have you noticed? 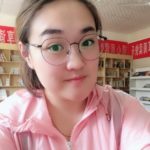 Bellina Author
Bellina Bi is the Marketing Manager at Turtler GPS Ltd. She likes travelling with her 5 years old son a lot. Bellina is an expert in GPS tracking systems. Moreover, she is a certified translator. Her expertise is Chinese and English languages.