The Internet of Things (IoT) is no longer a futuristic phenomenon. It will probably be an important part of our life, facilitating many everyday tasks. But what is IoD? As Eric Schmidt, President of Google at the World Economic Forum, said, IoD “will always be part of your presence”. We will swim in the IoD without realizing it. Various types of devices will observe our movements and actions, even without interaction on our part. By 2020, there will probably be more than 26 billion connected devices. Presentation of the Internet of Things

In summary, the Internet of Things describes all the everyday objects around us with an on / off switch and connected to the internet. When connected to the internet, these devices are able to make their own decisions, communicate with other devices and also with a database. They are therefore more advantageous for users when several tasks can be solved by the IoT. Everything that can be connected, will be connected to a smart environment. In short, The Internet of Things is just a vast database. To be able to exchange data, the devices will need to be equipped with sensors, software, electronics and network connectivity.

Many of your IoT devices will be hypothetically controlled using a mobile phone, giving developers great opportunities in the development of new applications. Not only does this open a whole new world for mobile app development, but also for many other products in general. In fact, Tesla has already proven that controlling a car using a mobile application is possible. And this is just the beginning of the development of IoT apps, since there are more “things” that could potentially be connected to the Internet of Things (e.g. coffee machines, televisions, washing machines, headphones, lamps, portable devices)

Use of the Internet of Things

The Internet of Things has two parts: on the one hand, there is a SENSOR NETWORK, and on the other hand, there is INTELLIGENT CONTROL. The sensor network consists of any device that can monitor the environment. Smart control is devices that manage all the data around us and have the ability to use that data to manipulate the environment.

Some examples of Sensor Networks are thermostats, cameras, light or humidity sensors, and watches, portable, environmental and territorial sensors that detect changes in our environment. With the Sensor Network you are informed about everything that is happening around you.
Intelligent Control involves the use of data gathered by sensor networks to control the environment, whether manually or automatically. For example, you can manually unlock your Tesla car by using an app, or unlock it when it detects that you are nearby. The application uses the data collected by the sensor networks and then the Intelligent Control to carry out the desired action.

The result will be a smart home, smart building, smart grid, smart transportation, smart manufacturing and a host of other opportunities. Your thermostat in your smart home will use its sensor network to detect the temperature before using Intelligent Control to adjust the temperature as desired. Another example would be the Smart Car of the future. The car will know when traffic is bad and will automatically warn your boss that you will arrive late to work.
Other areas could use the Internet of Things, such as the trade, health or energy sector, improving their overall efficiency.

The Internet of Things is complex, the challenges and risks are even more complex. To structure these challenges, they could be divided into challenges of interoperability, risk implication and quantity of investments.

The secret to the success of using IoT across different devices and platforms is interoperability and standardization. A variety of connectivity standards, wired or wireless, are required to accommodate the requirements of different applications. The ability to connect to all devices is crucial because many companies have their own protocols, interfaces, and hardware. When we automate things via IoT, we use less of our own energy, but more electrical energy. The challenge for IoT devices is to reduce this energy consumption. In order to manage this, more developers need easier access to IoT application development.

Finding ways to ensure that private data is not compromised is another major problem when connecting objects to the Internet. The privacy of the user should be invulnerable, and should be able to detect and block malicious activity, as the entire system could be compromised by accessing a single device connected to the system.
Other risks involve big data problems. Important data increases the effectiveness of the Internet of Things by increasing the intelligence of devices by providing them with more information. It involves integrating intelligence into things so that they become smarter and do more than they have been programmed to do. However, these data must be protected properly.

Given this complex environment and its challenges, companies must invest a lot of time and money to implement the IoT. The search for innovative solutions requires high financing to take advantage of the great emerging value of the IoT.

The Evolution of the Internet of Things and its Growth Prospects

In its report on the next mega trend, Goldman Sachs said, “The IoT has the potential to affect everything […] that will generate profits and benefits.” This succinctly summarizes the possibilities for companies. The McKinsey Global Institute recently predicted that the IoT could generate between $ 4 billion to $ 12 billion in revenue by 2025. But what is its basis for these predictions?

The evolution of broadband Internet is important and will coincide with that of the IoT. Every year, broadband internet is becoming faster and cheaper. In addition, other devices are created with built-in Wi-Fi functions. It is more and more available worldwide. As a result, in the IoT context, “things” can connect to the Internet much more quickly and cheaply. The possible benefits of IoT are the reduction of energy consumption combined with an increase in their efficiency. For example, people will be able to minimize energy costs by using a smart home that turns the light on or off automatically.

The Internet of Things also opens the door to new innovations that would otherwise never have existed. The IoT is a revolutionary innovation in itself and, thanks to it, other innovations could be realized. It is such an innovation that we cannot yet fully understand the impact of IoT in the future. The opportunities are endless will change our daily lives.

Thanks to the Internet of Things, the flow of information goes from person to person, from person to device, then directly from device to device. Devices are becoming more and more connected, while networks between humans, machines and the Internet are growing steadily. In conclusion, the IoT could lead to higher productivity and better energy efficiency. 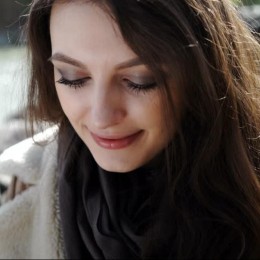