Huawei needs no introduction when it comes to smart phones. Being one of the top manufacturers globally, Huawei has set a benchmark in providing top notch features, unwavering quality in very affordable prices for those of us who can’t afford Apple or Samsung. Huawei has launched a multitude of smart phones in 2019 and they just don’t seem to be able to stop. Out of those, we will be taking an in-depth look at the Huawei Honor 8S. If you’re looking to change your smart phone, you would know which one you want by the time you’re done reading this article.

The phone was launched in April 2019. It’s a sturdy design with commendable features and is quite light on the pocket as well. Its competitive edge is derived from its minimalistic Dewdrop design. It supports face unlock even in minimal lightning conditions and accurately identifies 1024 facial features as well. 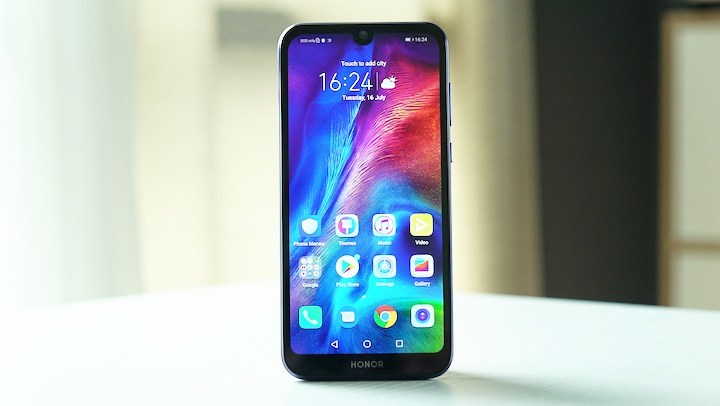 Utilizing the IPS LCD capacitive touchscreen technology with 16M colors, the Honor 8S gives a 78.1% screen-to-body ratio. The screen resolution stands at 720 x 1520 pixels which is approximately a pixel per inch density of 295, which ensures a bright and sharp display.

It supports the latest release of Android that is Android 9.0 – Pie. Huawei uses a custom tweaked version of Android which is known as the EMUI. Honor 8S comes with EMUI 9. EMUI is just an additional layer manufacturers add to the stock flavor of Android to give the phone a more branded look. OnePlus, Oppo and other manufacturers also have their distinctive versions which they ship with their phones. 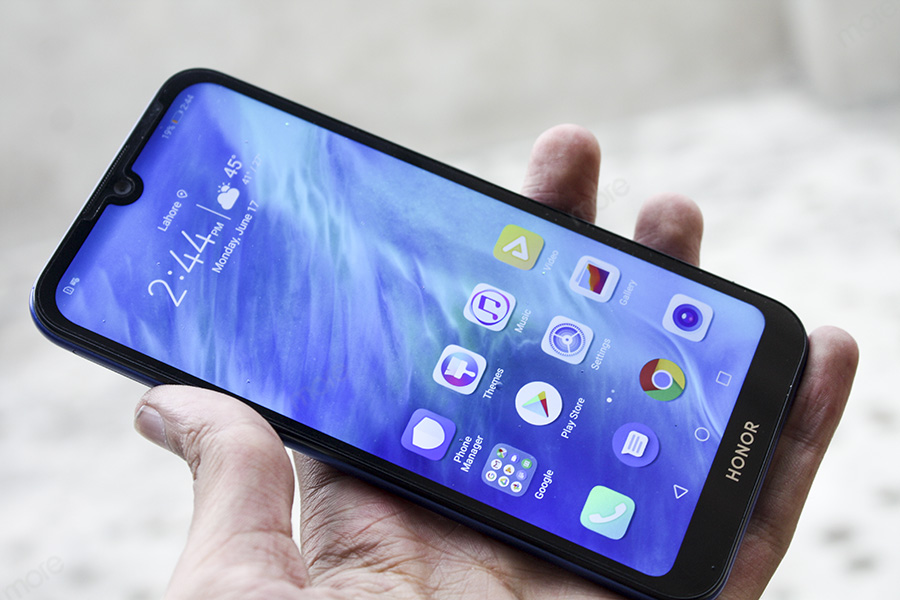 Huawei decided to go big so it added a support for a microSD card up to 1TB. Yes, you read that right. You can have a mini hard drive in your phone! Honor 8S comes with 2 variants for memory; the KSE-LX9 and the KSA-LX9. You can either buy a phone with an internal storage capacity of 64 GB and a 3 GB RAM or a 2GB RAM with a 32 GB internal storage.

It features the main camera at 13 MP with additional features such as LED Flash, HDR and panorama. The camera is capable of recording 1080p videos at a rate of 30 FPS. The secondary or the selfie camera is of 5 MP which is a good quality camera in it of itself.

The Honor 8S runs on a Li-ion Non-removable battery of 3020 mAh which is not a lot but is still able to give a decent battery time, depending on the usage of the phone.

Huawei offers both the accelerometer and the proximity sensors. It is important to notice that the phone does not have a fingerprint sensor installed. It houses a micro USB 2.0 port and comes in 3 different colors: Black, Gold and Blue.

This is where it all gets very interesting. You can buy the Huawei Honor 8S at an astounding price of PKR 18,999. This is insanely economical given the features that are provided in this smartphone. Sure, it doesn’t have an Octa-core processor or a 32 MP camera, but those features increase the price easily above PKR 40,000, which is quite a significant price difference. The phone supports a 1 TB micro SB card which means you don’t really have to worry about the internal storage capacity of your phone ever.

As mentioned earlier, Huawei is known to provide formidable quality smart phones at a pocket friendly price. If you’re looking to switch your smartphone for under PKR 20,000, the Honor 8S has no other phone which comes even close in terms of the features and the quality of the device offered.

shifaaman76 Author
Shifa Aman is a writer and editor at priceoye.pk. She has done graduation form Pakistan. She is a keen observer of technology and loves to write on social media, mobiles, digital parenting, and business development ideas.