Technological innovations have really taken a leap for the better (or worse) in the digital era. No matter where we look, we are constantly interacting with technology. From autonomous trains, right down to how we entertain ourselves on a daily basis. Technology has helped streamline manufacturing, and make processes far more efficient.

But is that really a good thing? Or are we preparing to bite the bullet?

For decades, there has always been the fear that technology would become so advanced that it hijacked the human race, deeming us unworthy. Although, this may be taking things a tad too far. It is hard to not take in the rapid changes in the manufacturing industry, thanks to technological growth.

The manufacturing industry took a massive hit during the 2009 recession, dropping to an all-time high in unemployment rates. However, with the economy more stable, and machines helping streamline the processing – there are currently 12.3 million jobs in this industry. Alone, this industry stands as a whopping $2.17 trillion market in the US economy.

The question is did machines help make it what it is today?

Globally, technology has been implemented to revolutionize the processes throughout the manufacturing industry. Resulting in a 47-percent increase in production.

As robotics are steadily becoming more “human-like”, fewer people are willing to study the necessary skills for the industry. Experts predict that there may be a shortage of qualified human workers in less than a decade. That means a 2-million skills gap for the ninth most important sector in the U.S economy.

Is There A Benefit For Those Who Work In The Industry? Some experts claim that we are just at the peak of the digital era. Meaning there will be huge leaps to technological advancement throughout the next couple of decades.

But what does that mean for those who work in the industry?

Instead of having a line of employees constructing a project from scratch on an assembly line, technology is introduced into the process. Namely 3D printing.

Now, instead of a horde of employees, these warehouses only need skilled engineers to develop, shape, and design products in the factory. Thanks to technology, manufacturing is turning into a ‘highly-skilled workers’ needed industry.

The good news for those with the necessary qualifications is the huge increase in wages. Technology has helped increase the wage by 27% for the average U.S worker. Making the manufacturing industry far easier, and more lucrative.

Eradicating The Risk Of Defect Products Due To Human Errors

If we had to travel back a few decades, things would look vastly different from what we are used to seeing today in the manufacturing industry.

Instead of robotics handling the complexities of intricate electronic goods, human workers were responsible for fixing the necessary components as needed.

As us humans tend to say whenever we make mistakes, “But I am only human!”

The major benefit of introducing robotics into this process is eradicating the chance of human error. Back in the day, the biggest fear was that workers would be replaced by robots that were able to do a better job then them on the line.

Unfortunately, this exact fear has passed. But it has improved life for consumers drastically. After all, no one enjoys investing in a broken car, a malfunctioning cell-phone or a broken kids toy.

In the past, one of the main problems of going into the manufacturing industry was the high number of work-related injuries. Although for the more dangerous jobs, there is an extra financial incentive for employees – no one wants to get injured while on the job.

Robotics may just be the solution for that.

With technology taking the lead when it comes to the more dangerous jobs, such as assembling electrical components, manipulating heavier objects, and so forth – work safety has been drastically improved in the industry.

But the problem is when the machines themselves break down – it can be dangerous to perform repairs. If you do happen to get injured on the job, be sure to make sure you know what questions to ask your personal injury lawyer.

What Does The Future Hold For The Manufacturing Industry?

Robotics are still babies, nanotechnology has only just started the process of evolution, 3D printing is still in development phase. The funny thing is, as far as we have come – the above-mentioned technological leaps…. Are no older than 2-decades.

Now imagine… picture how much further another 20-years will get us. Will machines be running self-propagated factories? Will advanced engineers control dozens of machines like a video game? Who knows. But we know that big things are in store for the manufacturing industry, for better … or worse. 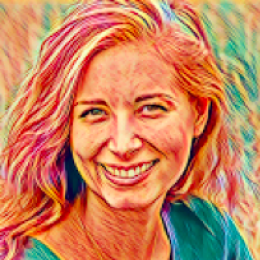