It is being heard all around, Android is soon going to be shown the way to the graveyard. Yes, a big news by far. We feel like Android is here since like forever. The news is hard to digest and unsure of. What we all have been hearing by far are rumors. The news that Google Fuchsia is under development is totally true. Google has already come up with Android OS and Chrome OS and the third OS is in the queue.

What’s been known till date is that it is a new revamped tile-based user interface. What makes this operating system different from Android and Chrome OS is that these are not based on the open-source Linux platform. An entirely new platform is being developed and that’s what put Android on the threat.

Well, it’s far from entering the market yet and the entire development is in-house handled by the tech giant. The UI source code that is named Armadillo can be compiled into an APK and it can be installed on an Android device. There’s not much that has been out yet keeping the Android app development company in dilemma to map their future path. Well, this is a project that Android app developers should be concern about as Google has specified that it is not a mere throwaway project. The tech giant has a full proof plan of development and working immensely on it currently.

The question here is, if Android is working this good, what’s the need for an entirely new OS? The answer to this question is Android is flourished heavily but has flaws and severe ones, Google has to admit. The basic issue that encircles Android OS is that it is open source and there are outnumbered third-party devices across the globe that run it. This creates several security issues. The most important thing is that despite knowing the issues, there is no action taken to redress them.

Also Read: A GLANCE AT THE FUTURE OF ANDROID APP DEVELOPMENT AND MOBILITY

Another prevailing issue is that it’s really antiquated. Google indulged in the development of this mobile operating system before iPhone entered the market and the time when blackberry was the ruling device in the tech town. Now you can imagine what time it was. Well, there have been updates of course, but not up to the mark. Hence, each iteration on the Android framework is built back in the decade. Google Fuchsia is being developed and designed in a way which is more compatible with the modern phones and computers and also has fast processors.

Google comes up with an update on the annual base. Despite the yearly update, it takes around 3 to 4 years to flourish that update entirely in the market. When the older version has the vulnerabilities which have been resolved with the newer version, users will still be facing them as they are not updated to the newer version.

To overcome this susceptibility, Google is planning an entirely new version. With these facts, the chances of eradicating Android from the roots are fairly high. There is no clear statement passed by the Google on the same but it is just the predictions. 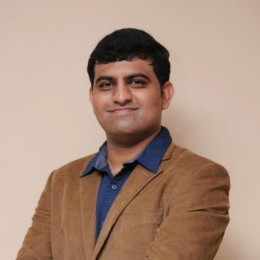