Ever since its launch, Flutter has consistently pushed the boundaries of cross-platform app development. Here are the 4 major reasons why Flutter is proving to be a trendsetter in the mobile app development arena.

Flutter is able to do so because it has its own high-performance rendering engine named Skia. Using Skia, the developers can launch a UI on a wide range of platforms.

The Flutter app developers no longer have to adjust the UI according to different platforms. Having its own rendering process significantly reduces the app development time using Flutter.

The way Flutter renders UI eliminates inconsistencies in UI on different platforms. Flutter allows the developers to save time and effort as it is easy to share UI and business logic with Flutter.

In fact, Flutter’s performance is even better in apps that have complex user interfaces. What’s the reason why Flutter performs better than its peers? Well, unlike most other cross-platform frameworks, Flutter does not use interpretation or intermediate code representations. Instead, the developers of Flutter have built Flutter directly into machine code.

This way, the Flutter developers have effectively eliminated any bugs that are commonly associated with the interpretation process. Flutter allows the developers to fully compile an application ahead of time, effectively reducing the time-to-market of the application.

The high level of customization that Flutter offers is due to the wide range of widgets that Flutter provides to its developers. With basic coding knowledge, the Flutter developers can even customize the widgets to suit their specific needs. Flutter allows the developers to customize the widgets according to different screen sizes. However complex the UI may be, Flutter is designed to provide a smooth user experience.

With a single codebase, the testing time is also reduced significantly as the testers need to test only a single code instead of testing separate ios and android codes. Hot reloading is another feature of Flutter that makes app development fast and easy. With other platforms, whenever the developers need to see the effect of the changes they make in the code, they need to compile the code and wait for a few seconds to see the results. It may seem that only a few seconds are wasted in the compiling process. Understand that the figure adds up, resulting in several hours wasted when the developers were waiting for the code to compile.

MVP development and scope beyond mobile

An MVP(most viable product) is one of the best ways to test the waters. Instead of developing a full-fledged app with all the features, MVP development focuses on building an app with only the essential features. This way, you as an entrepreneur can mitigate the risk associated with developing the app. You do not need to invest tons of money into building a full-fledged app and can see what the features that are in demand amongst your users are.

MVP helps you to identify the essential features that you need to add to your app. MVP also helps you to test your business idea because, many times, the reality is different from what we think. An MVP is also a great way to showcase your app to investors. With Flutter, you do not need to build separate MVPs for iOS and Android. You can build a single MVP and get going with your project.

Flutter is compatible with Firebase, meaning that the developers won’t need to separate the backends for building a simple MVP.

Many people think that Flutter is only for mobile app development. This is far from the truth, and Flutter is also used for web applications now. Google has already shown a preview of its Flutter web product. Flutter web allows the developers to run web apps built using Flutter in a browser without the need of doing extensive modifications to the source code. By providing Flutter web, Google has started promoting Flutter as a full-fledged cross-platform application development tool.

An experienced Flutter developer can build a Flutter app that can run smoothly on Windows, Android, iOS, macOS, and even on embedded systems.

Flutter is one of the most exciting app development technologies available in the market today. Robust support from Google, a vibrant and growing community, and attractive features like hot reloading make Flutter a stand-out performer in the cross-platform application development arena. We suggest you avail the services of a top Flutter app development company to leverage the benefits of Flutter for your business. 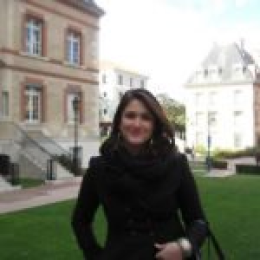 Avantika Shergil Author
An enthusiastic Operations Manager at TopDevelopers.co - A dedicated directory of IT service providers, coordinating and managing the technical and functional areas. She is an adventure lover, passionate traveller, and an admirer of nature, who believes that a cup of coffee is prime source to feel rejuvenated. Researching and writing about technology keeps her boosted and enhances her professional journeying.