Building your own PC is a great way to save on assembly and have more control over the specs of your computer. While building your own PC isn’t as complicated as many may think, a lot of people may overlook some important details that could eventually cause issues. While some may be just minor, others could be outright catastrophic and ruin your machine. Here are some of the most common mistakes people make when building their own PC.

Not Adding the I/O Shield

While this isn’t the worst mistake you could make, it can still be annoying nonetheless. If you aren’t familiar with what an I/O shield is, it is a small metal cover that will serve as a protection for your motherboard by covering the outputs and inputs on the back chassis. Without this cover, lots of debris could end up entering into your PC.

While it may be a minor detail, without it, your PC may look unfinished. The problem is that once you realize you didn’t install it, you’ve probably screwed all the important parts in place. So, make sure that the I/O panel is properly installed before you move on to the other parts.

Everyone has their opinion on how much thermal paste you should be using on your processor. However, there’s a sweet spot you should be aiming at. If you apply too much, then you might reduce thermal conductivity. If there’s too little, you’ll create air pockets.

If you want optimal results, you should apply no more than 2 small strips the size of a grain of rice right in the center of your CPU’s heat spreader. You don’t have to worry about spreading them over the surface, it will evenly spread once you install the cooler.

The amount of paste will also depend on the actual type you’re using as well as the CPU. Some CPUs have a tendency to overheat a little, so you might want to add a little more, but not much. Another small rice grain sized strip in between the other 2 will do. Before you install your CPU, you should learn how much heat it generates along with other specs. You can check out a site like Hardware Secrets for CPU reviews.

In most cases, when building your unit, you’ll have to connect the motherboard and CPU together. This means you’ll have to deal with sockets and delicate contact points.

With Intel products, contact points will be located in your motherboard’s socket. But with AMD, the contact points will be on the CPU. In both cases, one small error could damage these contact points and affect your PC’s performance or ruin it altogether. If you’re working with Intel, just dropping your CPU or touching the socket could damage pins. And you could ruin your AMD CPU by trying to force it into the socket in the wrong way. So be careful and use caution during this important process.

Unless you’re already familiar with building PCs, make sure that you pay close attention to these mistakes so that you don’t commit them. A simple mistake could end up destroying your PC, so make sure that you know exactly what you’re doing before you even think about assembling one on your own. 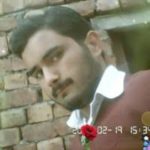 Arshad Author
I am a link builder & I've a good number of quality sites, where I can help you to build contextual links which helps you to get good page rank and domain authority.